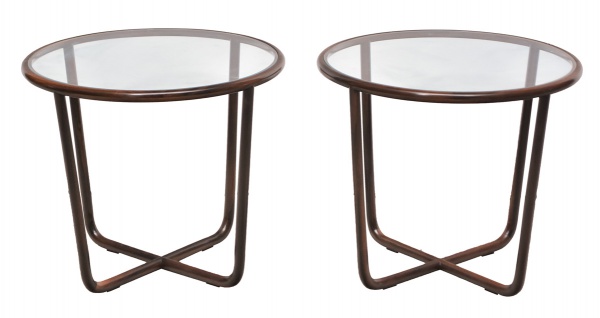 Tenreiro was a designer, sculptor, painter, engraver and drawer. He was son and grandson of woodworkers and, at the age of two, he moved with his family to Rio de Janeiro, Brazil. He came back to Portugal in 1914, where he helped his father with wood works and started painting school. He came back to Brazil in 1925. In 1928 he started drawing school at Liceu Literário Português and Liceu de Artes e Ofícios. In 1931, he joined Nucleo Bernardelli, group created to go against the ideas of Escola Nacional de Belas Artes. In the 1940s, he started painting portraits, landscapes and still life. Between 1933 and 1943 he worked as a furniture designer at Laubissh & Hirth, Leando Martins and Francisco Gomes. In 1943 he created his first modern furniture for Francisco Inácio Peixoto’s residence. In 1943 he built his first workshop called Langenbach & Tenreiro and, after some years, he opened two furniture stores, one in Rio de Janeiro and other in São Paulo. At the en of the 1960s he closed his activities in conception field and furniture design to dedicate himself to arts, mainly painting. In 1969 he created a panel for Templo Sidon Synagogue and, in 1974, two panels for Senai’s auditorium, in Rio de Janeiro.