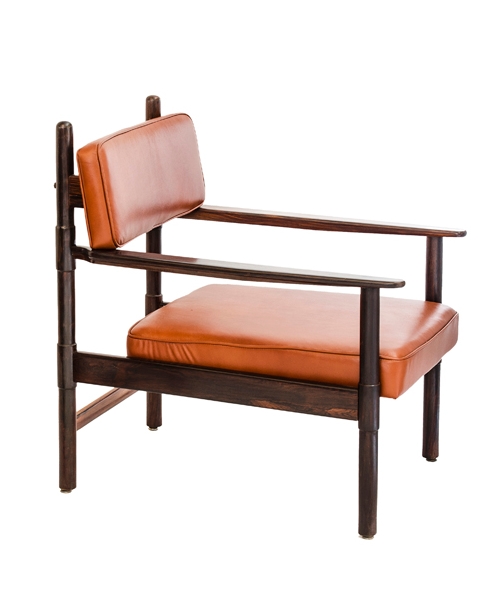 Michel was born in France, in 1922, and moved to Rio de Janeiro at the age of 26, to study Architecture and work with Oscar Niemeyer.

Before he finished his studies, he associated himself to Scotland’s architecture Norman Westwater, that worked as a stage design and furniture design.

In 1954, together with two partners, he hired a carpentry workshop in Curitiba to produce the first furniture line of this group. After that, they created Mobília Contemporanea. At the 17th edition of Premio Design Museu da Casa Brasileira in São Paulo, Arnoult was awarded with the prize of best furniture. The project that got first prize was the armchair Pelicano, similar to the ones used by film directores, but lighter and easy to disassemble.